In this post, I would try to list open source UI component libraries or UI frameworks that would be trending in 2022, I would try to make an ordered list of them by using quantitive method. Yes, 2022 is coming, are you ready for 2022?

2.1 What is UI componet library?

UI component is just like a block in LEGO games, you can use it to build any type of User interfaces in any type of applications, including web/mobile/big screen etc. They add interactivity to a user interface, providing touchpoints for the user as they navigate their way around; think buttons, scrollbars, menu items and checkboxes. 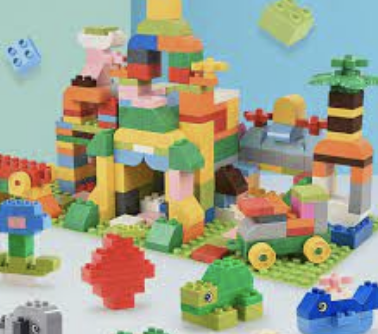 Nowadays, frontend programmers are using javascript frameworks to build UI, including jQuery/Angular.js/Vue.js/React.js. jQuery is an oldstyled (or freestyle) javascript library, and the other three(react/angular/vue) is trending in frontend development. They are all modular and easy to use. We can use them to bulid UI components that can be reused across applications, which is the most important part in current enterprises, because the resuage would decrease costs and increase quality / stability / velocity for enterprises. 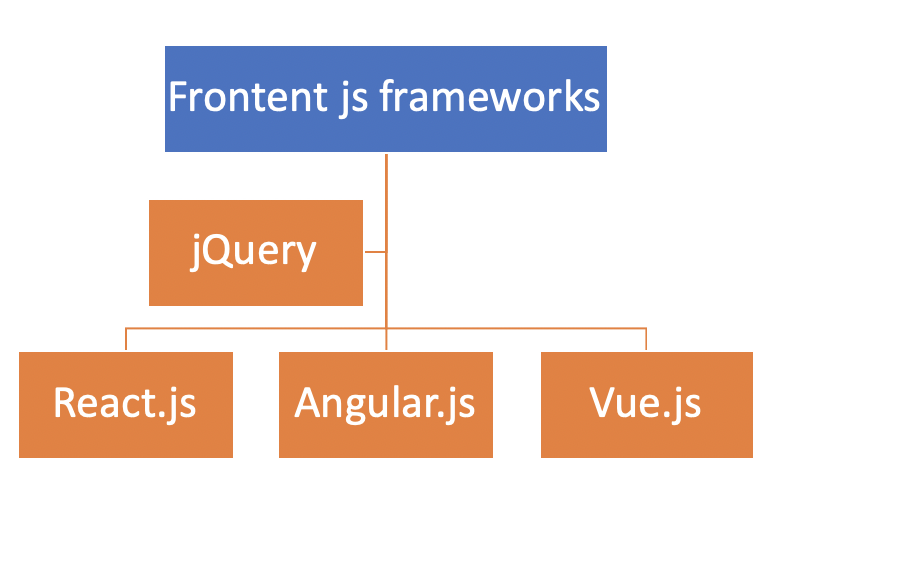 Regarding to vue/angular/react, we should talk more about the MVVM pattern, which is the de facto standard in frontend development.The Model-View-ViewModel (MVVM) pattern helps to cleanly separate the business and presentation logic of an application from its user interface (UI). React.js is just a view layer , it can used in MVC or MVVM projects, and vue.js/angular.js is mostly a MVVM pattern library.

Comparing to MVC patern, MVVM focus on the relationship of Model and View, Js libaries like vue.js/angular.js just act as the ViewModel layer, they maintains the virtual DOM and keep everything on sync by reacting the change of Model or View.

2.2 Why is the UI component library important for state-of-art UI designer and programmers?

There are some reasons for programming with UI components instead of using HTML/CSS directly.

2.3 How to decide which library is trending?

I choose libraries by the following factors:

To conclude, there are 8 factors to be considered when choosing a UI library(or other types library):

I give priority to each of the factors, which would be calculated in the result score, The priority is defined by my expertise, maybe it’s not very scientific, if you have any new ideas, please let me know.

2.4 The list of UI componet libraries that would trending in 2022

The following UI libraries/SDK/frameworks are listed by their scores, from high to low. You can pick any library you like to try in 2022.

Bootstrap is an HTML, CSS & JS Library that focuses on simplifying the development of informative web pages (as opposed to web apps). The primary purpose of adding it to a web project is to apply Bootstrap’s choices of color, size, font and layout to that project. As such, the primary factor is whether the developers in charge find those choices to their liking. Once added to a project, Bootstrap provides basic style definitions for all HTML elements. The result is a uniform appearance for prose, tables and form elements across web browsers. In addition, developers can take advantage of CSS classes defined in Bootstrap to further customize the appearance of their contents. For example, Bootstrap has provisioned for light- and dark-colored tables, page headings, more prominent pull quotes, and text with a highlight.

Ant Design(antd) is a React UI library that has a plethora of easy-to-use components that are useful for building elegant user interfaces. Created by Chinese conglomerate Alibaba, Ant Design is used by several big names: Alibaba (of course), Tencent, Baidu, and more.

MUI(Material-UI) provides a robust, customizable, and accessible library of foundational and advanced components, enabling us to build our own design system and develop React applications faster.

MUI(Material-UI) is simply a library that allows us to import and use different components to create a user interface in our React applications. This saves a significant amount of time since the developers do not need to write everything from scratch. 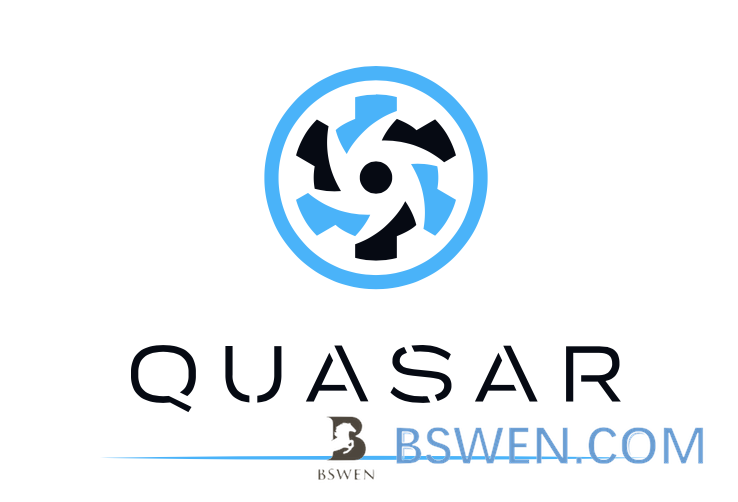 jQuery UI is a curated set of user interface interactions, effects, widgets, and themes built on top of the jQuery JavaScript Library.

jQuery UI is a curated set of user interface interactions, effects, widgets, and themes built on top of the jQuery JavaScript Library. Whether you’re building highly interactive web applications or you just need to add a date picker to a form control, jQuery UI is the perfect choice.

Element Plus is a Vue 3.0 based component library for developers, designers and product managers. It provides a cool design language, many customization options and a detailed documentation

Element Plus is a brand new project based on the latest Vue 3.0 upgrade and adaptation to Element UI, using TypeScript + Composition API to refactor. The official claims to have almost rewritten every line of Element UI code in the most suitable way for Vue 3.0.

Main features of Element Plus:

Basic information of Element Plus :

Score of Element Plus :

PrimeNG is a collection of rich UI components for Angular. Components are open source and free to use under MIT License. It is developed by PrimeTek Informatics, a vendor developing open source UI solutions.

Riot is an “open stack”. It is mainly for developers who don’t want to be held back by the framework. The generalized tools it provides allow developers to mix and match design patterns. A system like Facebook Flux can be self-made

Riot is a Simple and elegant component-based UI library, it is free, open source and licensed under the MIT License.. It’s called riot because:

Riot is against the current trend of boilerplate and unneeded complexity. We think that a small, powerful API and concise syntax are extremely important things on a client-side library. Riot also provides an unopinionated stack that gives developers the freedom to work with the best technology they like.

Mint UI provides abundant CSS and JS components for building mobile applications. With it, you can create web pages in cohesive style ever faster. To avoid unnecessary repaint and reflows, Mint UI handles animations using CSS3, so that users can enjoy smooth motions even on mobile devices. 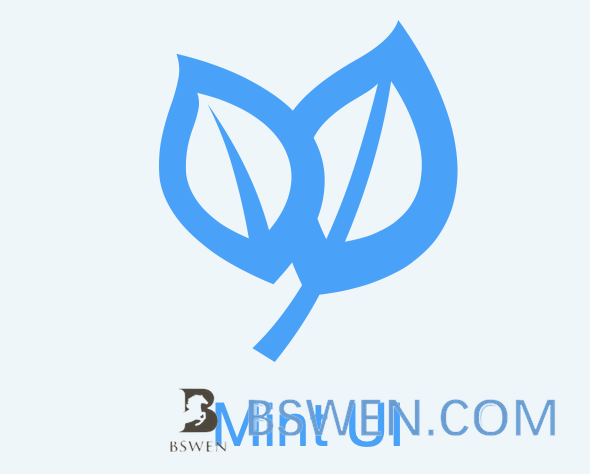 According to the library homepage, Mint UI is a library of mobile UI elements for Vue. js.

Here is the graph that shows the rank and scores of the UI libraries: 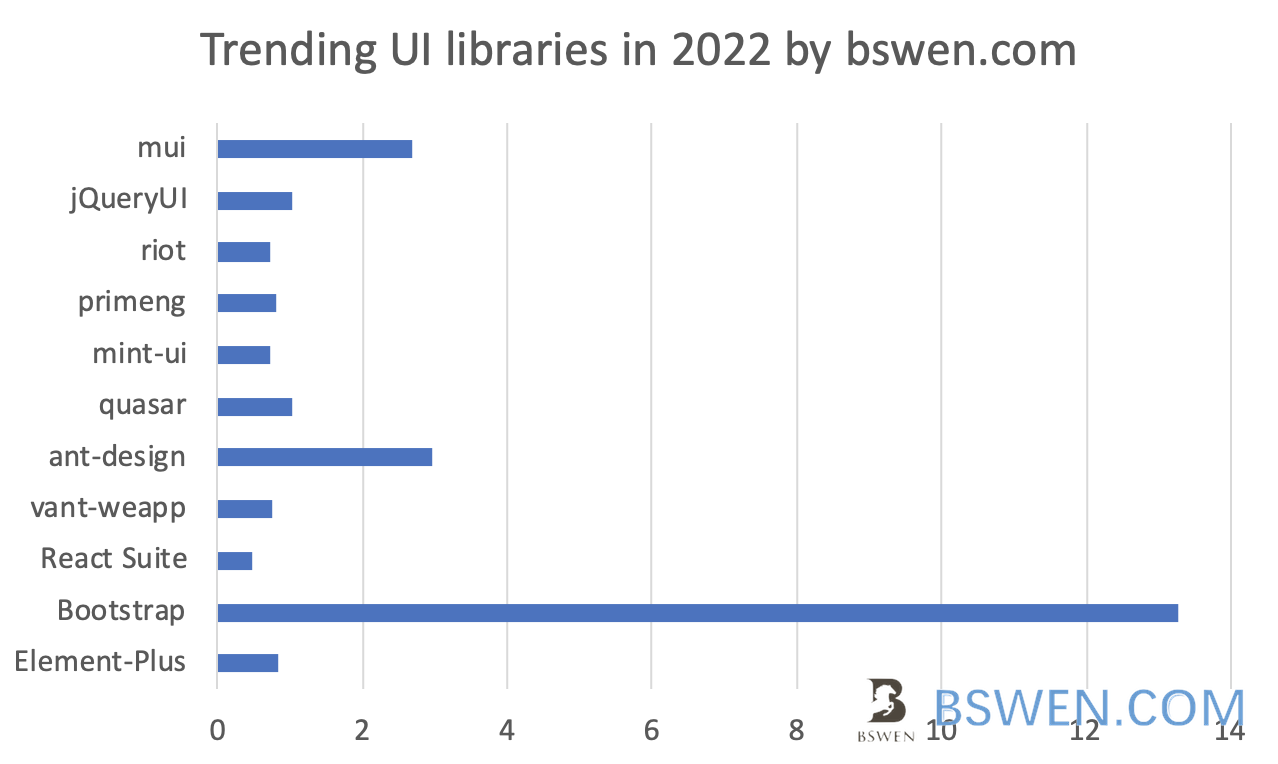 In this post, I tried to make a prediction on the front end UI libraries that would be trending in 2022 or the future, you can see that there are so many libraries , they are all great. I tried to use a quantitive method to give them a score, Hope it helps for you. That’s it, thanks for your reading.